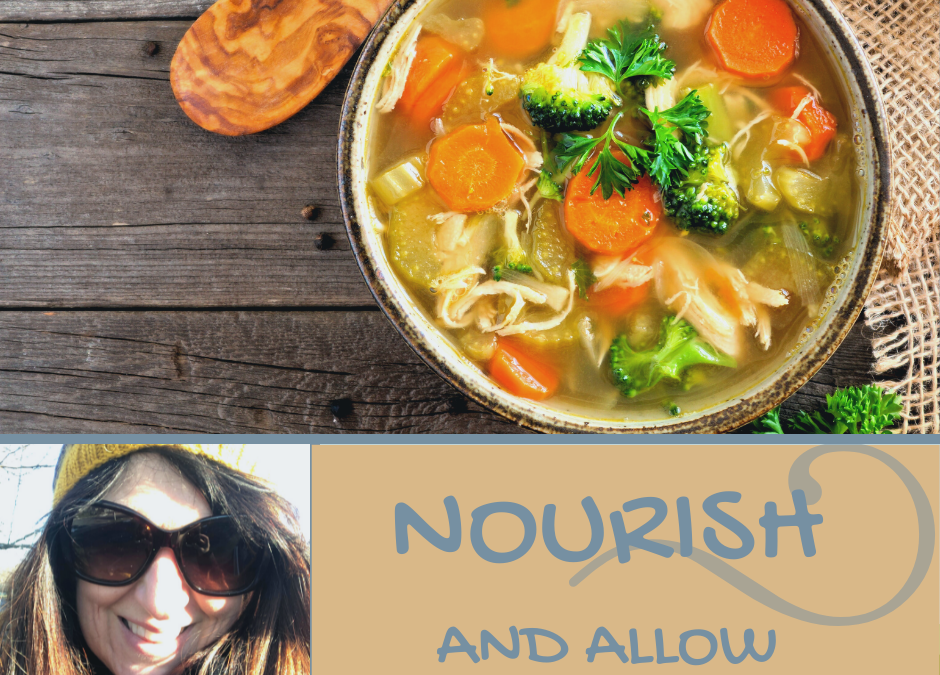 Winter’s arrived here in the northeast US, and we’re bundling up and eating soup, lots of soup. I’ve been making pots of chicken soup weekly for us at home, as well as for friends and neighbors who are under the weather.

Isn’t that a curious expression, “under the weather”?

Sometimes it may mean a 24-hour bug, or a 72-hour flu…or in our times, a multi-week ordeal with a virus that wreaks havoc on our health and well being.

That was me back in November.

Thankfully, I came through. But it wasn’t just then that I was under the weather. Seems I’ve been languishing in my own way for the length of the pandemic.

As a coach and teacher, I understand the value of having the “just right” word for things. Mark Twain is credited with saying, “the difference between the right word and the almost-right word is like the difference between lightning and a lighting bug.” And when I learned the word languishing in relation to this season of our lives, that lightning bolt struck me hard. I realized that I was functioning, but minimally. Time was passing, but I felt un-anchored and unsure even what day it was. Attempts at collaboration dissolved and new program ideas fizzled. Our wedding date drifted…

Would I admit it?

Not at first. At first, I honestly wasn’t even AWARE that it was happening. It took a number of months, the November sickness, some surprising spikes of anger, and more than a few powerful coaching calls with my peers to awaken and permit this awareness to enter my system.

THEN, I got about the business of allowing.

Allowing myself to journal – for writing is a kind and gentle companion for me, one that holds a mirror up so I may see myself with fresh eyes.

Allowing myself to veg – for in resisting the rest that my system craved was to walk around in a fog, dulled senses nearly inert. To pause thought and action was what this season was calling for!

Allowing myself to be radically honest – tentatively at first, but then un-apologetically bring forth hard feelings in the moment, letting truth be a balm for those self-inflicted wounds I sustained in denying myself.

Allowing myself to move – even to bundle up and walk for just 10 minutes was a restorative!

Allowing myself to lean in to coaching – coaching offers a safe container with grace and allowing for my clients, as well as myself.

In a coaching space, I allow myself to show up exactly as I am.

Even if my client and I are both under the weather ~
especially so, in fact!

Guess what I noticed?

When I stop bracing against the struggle, the struggle subsides.
When I soften into the sadness, it melts into compassion.

When I allow life to be just as it is, life allows me to be the same.

Just as I am. Under the weather. Languishing for a time in this oft-overwhelming season. Reminding myself that seasons do pass.

Here we are now at the turning of the year. If you’re sometimes under the weather, too, I get it. Maybe there’s something that your self wants to allow.

What might you offer yourself?
A dose of self-compassion, a venting of emotion, some true confession, an honest allowing of things to be messy, fewer taxing conversations, a shorter to-do list (or no list at all), a bowl of soup?

I’ll be here, in a space of allowing, to welcome you.